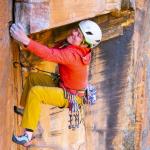 Oct. 7, 2021 —
Former NMU student Lor Sabourin is the subject of Patagonia's latest film series, "They/Them." The film premiered Oct. 6 and follows Sabourin's season-long effort to conquer “Cousin of Death” in Sedona, Ariz. Between footage of working on and redpointing the route, the Detroit native talks about life as a member of the trans climbing community, their outreach work with queer teens, and their ongoing recovery from an eating and exercise disorder.
Read more about Former Student Featured in Patagonia Film 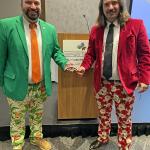 Oct. 6, 2021 —
Northern Michigan University alumni and twin brothers Bill and Pat Digneit received a 2021 Catalyst Award from the Community Foundation of Marquette County as co-owners of the local business, Double Trouble Entertainment. Four Catalyst Awards were presented to individuals, organizations and businesses for helping to "build community through volunteerism or philanthropy and inspiring others to do the same."
Read more about Alumni Honored for Business' Community Impact 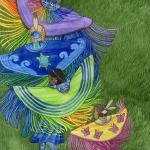 Oct. 6, 2021 —
The Beaumier U.P. Heritage Center at Northern Michigan University will host a free opening reception for its new installation, “The Seventh Fire: A Decolonizing Experience,” at noon Saturday, Oct. 9, in its gallery in Gries Hall. The multimedia exhibit experience is funded in part by a grant from the Michigan Humanities Council, an affiliate of the National Endowment for the Humanities. It will be on display through April 9.
Read more about Beaumier Center Opens 'Seventh Fire' Exhibition 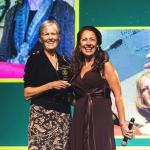 Oct. 5, 2021 —
Northern Michigan University's 2021 Distinguished Alumni Award recipient, Mary Jo Mulligan-Kehoe, demonstrated both patience and adaptability on her journey to a highly successful career in biomedical research at the National Institutes of Health (NIH) and in vascular biology at Dartmouth Medical School. She retired with four patents to her name, but remains active in service to her profession, and in creating visually engaging online science presentations for students in grades 6-12.
Read more about Distinguished Alumni Award Recipient: Mary Jo Mulligan-Kehoe 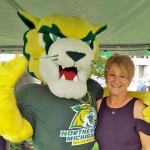 Oct. 5, 2021 —
“All I really needed to know about teaching kindergarten I learned at Northern.” Northern Michigan University Alumni Achievement Award recipient Susan (Hlavaty) Meier uses that twist on the title of Robert Fulgham's best-selling book, All I Really Need to Know I Learned in Kindergarten, to summarize how NMU prepared her for a 32-year career in the classroom. The 1987 graduate retired last year from South Elementary School in Ithaca, Michigan.
Read more about Alumni Achievement Award: Susan Meier 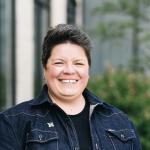 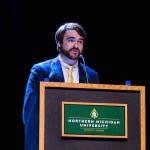 Oct. 5, 2021 —
T.J. Weber, Northern Michigan University's 2021 Outstanding Young Alumni Award recipient, is known in the fields of marketing and public policy for his research on the role political values and online misinformation have on decision-making related to vaccines, global warming and consumption. The 2011 marketing graduate was recently named the Richard & Julie Hood Endowed Professor of Marketing in the Orfalea College of Business at Cal Poly University. He is among the youngest chaired professors in the United States.
Read more about Outstanding Young Alumni Award: T.J. Weber 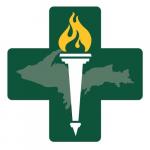 Oct. 4, 2021 —
Upper Peninsula high school seniors who plan to enroll at a college or university in fall 2022 and pursue a health care field are invited to participate in an essay contest celebrating National Rural Health Day. Cash prizes to be awarded in the eastern, central and western U.P. regions are $500 for first place, $250 for second and $100 for third. The entry deadline is Friday, Oct. 15.
Read more about Rural Health Essay Contest for U.P. High School Seniors 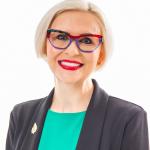 Oct. 1, 2021 —
Northern Michigan University Assistant Professor Stacy Boyer-Davis is the recipient of the 2021 Accountant Teaching and Excellence Award from the Michigan Institute of Certified Public Accountants (MICPA). The award recognizes educators in the profession for the crucial role they play in shaping and growing the CPA pipeline and the future of the industry.
Read more about Boyer-Davis Receives MICPA Award 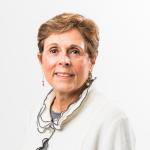 Oct. 1, 2021 —
Kerri Schuiling is the new interim president at Northern Michigan University, effective immediately. The NMU alumna previously served as the university's provost and vice president for Academic Affairs. Her appointment was unanimously approved by the NMU Board of Trustees at its Oct. 1 business meeting.
Read more about NMU Board Appoints Schuiling Interim President

Statement from NMU Board Chair Tami Seavoy on Interim President 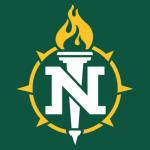 Oct. 1, 2021 —
The Northern Michigan University Board of Trustees voted unanimously today to appoint NMU Provost and Vice President for Academic Affairs, Kerri Schuiling, Ph.D., to serve as interim university president until we select a successor to Dr. Fritz Erickson. Dr. Schuiling has accepted the appointment and will immediately step into the interim leadership position, with her contract to be negotiated with Vice Chair Steve Young and me and brought back to the board for approval.
Read more about Statement from NMU Board Chair Tami Seavoy on Interim President

Sep. 29, 2021 —
The next regularly scheduled meeting of the NMU Board of Trustees will be held Thursday and Friday, Sept. 30-Oct. 1. The formal/business session begins at 10:15 a.m. in Ballroom II of the Northern Center. The meeting will also be live streamed at https://bit.ly/nmuavstreaming. For a full schedule and supporting materials, visit nmu.edu/boardbook.
Read more about NMU Board Meeting Thursday-Friday 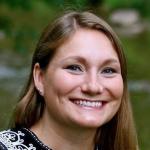 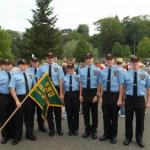 Sep. 28, 2021 —
The Northern Michigan University Regional Police Academy will host an informational meeting on Wednesday, Oct. 20, at Gogebic Community College. The meeting will start at 5 p.m. CST in the Solin Business Center room B-12 and last about 45 minutes. It is for those interested in attending NMU's Regional Police Academy, a 16-week session that begins in May and concludes in August.
Read more about Police Academy Info Meeting in Ironwood 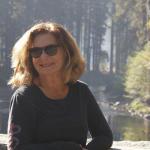 'Battle of the Recipe Box' in Munising 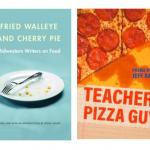 Sep. 28, 2021 —
The Two Books, Two Communities program, a partnership between Northern Michigan University and the Marquette and Alger County communities, will host its Battle of the Recipe Box Taste Off Finale at 11 a.m. Saturday, Oct. 16, at the Munising School Public Library.
Read more about 'Battle of the Recipe Box' in Munising 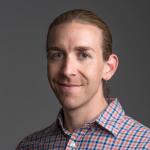 Sep. 28, 2021 —
Northern Michigan University alumnus Kyle Bladow ('07 BA, '09 MA) will present "Environmental Justice in Louise Erdrich's Speculative Fiction" as the inaugural speaker for the Department of English's new Visiting Scholar Series. His talk is scheduled for 7 p.m. Tuesday, Oct. 12, in room Peninsula I of the Northern Center. It is open to the public.
Read more about Alumnus Explores Environmental Justice in Erdrich's Fiction 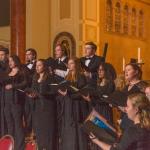