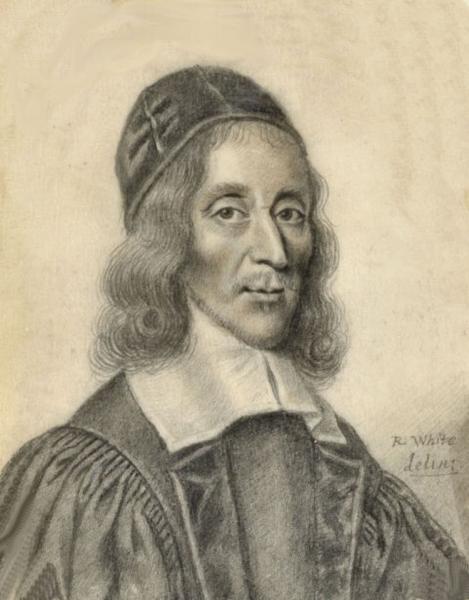 Northern Michigan University English Professor Robert Whalen has been awarded a $300,000 Scholarly Editions and Translations Grant from the National Endowment for the Humanities. The funding will support George Herbert: Complete Works, now under contract with Oxford University Press, the world's leading publisher of scholarly editions. This is the project's fourth NEH award.

George Herbert (1593-1633)—a contemporary of William Shakespeare and King James I—was public orator at the University of Cambridge, a priest in the Church of England, and one of the 17th century's “metaphysical” poets. He is best known for his enduring work of devotional verse, The Temple: Sacred Poems and Private Ejaculations.

As its title suggests, Complete Works is comprehensive of the entirety of Herbert's writings, including the Latin verse and prose, with added original translations by Sarah Kunjummen, University of Chicago, and the editors.

“Edited texts are established through close examination of multiple ‘witnesses' to Herbert's works—in other words, the earliest editions and surviving manuscripts, several of which have been recently discovered or identified after some 400 years and will be included for the first time in the new edition,” Whalen said. “The other major component of George Herbert: Complete Works is its extensive critical apparatus: detailed introductions and annotations pertaining to bibliographical, historical, biographical and intellectual contexts.”

The finished product will appear in three print volumes as part of the Oxford Scholarly Editions series. There will also be an expanded digital complement: high-resolution images of all witnesses presented in parallel display, alongside transcriptions that capture the original spellings, abbreviations and other features of early-modern books and manuscripts, including the peculiarities of scribal Neo-Latin.

“This searchable archive—a partnership between Oxford University Press and the George Herbert Society, which will host the site—preserves the whole of the Herbert corpus for the 21st century and beyond, providing free public access to materials otherwise available only to those who are able to travel to the repositories that house them,” Whalen added.

As the project's co-editors, Whalen and Hodgkins oversee an international team of textual scholars, literary critics and Latinists, including a 14-member board of expert advisers. Now more than 20 years in the making, George Herbert: Complete Works is a “once-in-a-lifetime production,” providing the foundation for critical study of an essential figure in the history of English letters.

NMU has supported Whalen's work over the years through multiple internal grants and awards. He said he is “extraordinarily grateful” for this investment, which has been crucial to the project's success. Whalen also thanked Kristin Beck of NMU Grants and Contracts for shepherding the complex NEH application and budget through to completion and submission in the midst of the COVID crisis.

Whalen can be reached at rwhalen@nmu.edu.