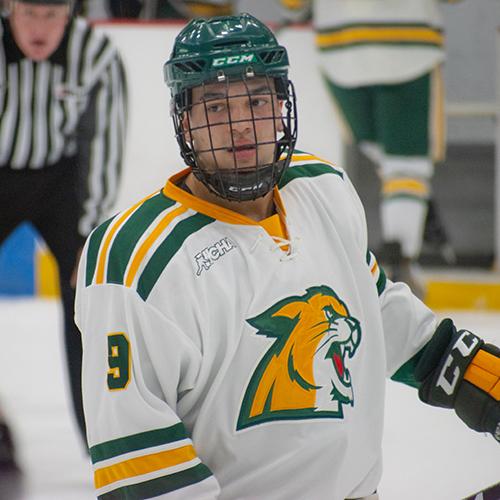 Craighead as a Wildcat

Former Wildcat hockey player Darien Craighead, a first-year forward with the South Carolina Stingrays, is featured in a team story titled "A Rookie's Life Inside the ECHL Bubble." Craighead was the fourth NMU alumnus to sign with the Stingrays for 2020-21, joining team captain Andrew Cherniwchan, forward Justin Florek and defender Jordan Klimek.

In response to the COVID-19 pandemic, the ECHL's Return To Play Protocol has been put in place to monitor players and keep them healthy throughout the season. The added precautions have made the Stingrays rookies feel safe and more comfortable in unprecedented times, according to the story. Craighead has focused on the positives of his experience in the "bubble" so far.

"They've done a great job," Craighead said in the release. "It's almost like a college atmosphere, which keeps us close together, and I think that helps with team chemistry as we move along."

The Stingrays are based in Charleston. Read the full story, with more from Craighead, here.