On the Record with NMU's New President 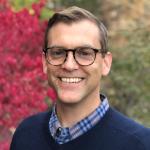 Sep. 29, 2022 —
Northern Michigan University's newly appointed President Brock Tessman said that his selection from among four finalists to lead the institution is exciting, but made even more meaningful because it followed a rigorous and transparent search process. The Michigan native addressed several topics during a virtual press conference after NMU trustees unanimously voted for him to become the 17th president, effective Feb. 1. He said serving as deputy commissioner of higher education for the Montana University System since 2018 will be an asset as he narrows his focus to a single entity.
Read more about On the Record with NMU's New President 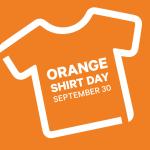 Sep. 27, 2022 —
The Native American Student Association (NASA) at Northern Michigan University will participate in Orange Shirt Day on Friday, Sept. 30, to recognize the thousands of Indigenous children who were forced into the Indian Boarding/Residential School System in the United States and Canada.
Read more about Orange Shirt Day Sept. 30 at NMU 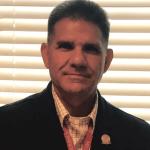 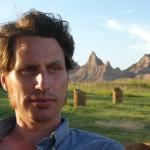 Sep. 26, 2022 —
Northern Michigan University's English Department will host a visiting scholar presentation titled "Brave New World and the Rise of the Factory Farm" by University of Wisconsin-Oshkosh Professor Stewart Cole. It is scheduled at 3 p.m. Friday, Sept. 30, in Peninsula I in the Northern Center.
Read more about 'Brave New World' and Factory Farms Addressed 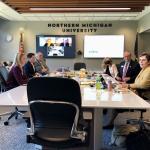